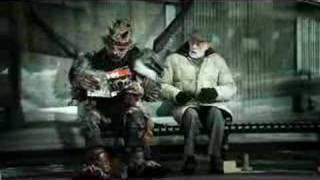 Yes, Heaven's Metal Magazine became HM Magazine (in 1995). That's history. The two publications are separate and different. Certainly there is editorial coverage overlap. It's as simple or confusing as you want to make it, I suppose. This is a flashback to one of the coolest things to happen with HM Magazine - these 3 commercial spots, featuring Oderus from Gwar. Here they are in HD. Enjoy. Share. Laugh. Hurl. Just don't cry! All three links: https://youtu.be/-BHs6sMYHhs?list

HEAVENS METAL: Launches New Website. This one is expired!

You'll now find that typing in www.heavensmetalmagazine.com now goes to a brand new Word Press website with its own domain name. Please go to heavensmetalmagazine.com now. All of our 390 articles and album reviews from the past few years have been migrated to the new website, so you don't ever need to visit this page again. Cheers, Doug Van Pelt #HM #HMMagazine #HeavensMetal #HeavensMetalMagazine

Some people like us for our music, while others love us for our message - either way we are happy they are listening. 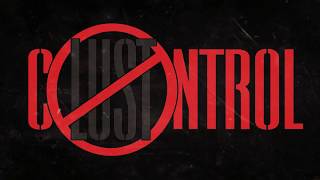 “To be honest, I’ve never been much of a musician, but I’ve been calling myself a writer for as long as I can remember...”

Jimmy Brown was right, this is their Reign in Blood. For the uninitiated or those not familiar with the seminal Slayer album, the new (11th) Deliverance album, The Subversive Kind, sounds like it belongs in the first canon of this pioneering Christian speed/thrash band (that being the self-titled debut, Weapons of our Warfare and What a Joke). Almost more tough-guy thrash than speed metal, this is definitely not your Geoff Tate conjures David Bowie and fronts Deliverance vari

BLACK ON WHITE. THE EVER-DELIBERATE A HILL TO DIE UPON ARE DESPERATE.

BLACK ON WHITE. THE EVER-DELIBERATE A HILL TO DIE UPON ARE DESPERATE. HEAVEN’S METAL’S CHRIS GATTO FINDS OUT WHY. [Enjoy this digital reprint from the March 2014 issue of HM Magazine] They say too many cooks in the kitchen will spoil the soup. So how many Cooks does it take to make soup fit for a true headbanger? Just the two: Adam and Michael Cook, brothers and masterminds behind U.S. blackened death metal outfit A Hill to Die Upon, the band they started a decade ago.

Check out Doug's review of the 30th Anniversary of To Hell with the Devil Tour in San Antonio, Texas. Read it on his blog over at HM Magazine. What's the difference between the two magazines? Aren't they one and the same? Didn't they used to be? HM and Heaven's Metal are now two separately-owned, but brothers in the Spirit publications. Clear as mud? We are two magazines and we are more than happy to promote one and the other. One example is this post pointing you to HM's awe

THE DEVIL WEARS PRADA & MEMPHIS MAY FIRE ANNOUNCE FALL 2016 NORTH AMERICAN DATES "THE RISE UP TOUR" LOS ANGELES, CA - (TUESDAY, August 2, 2016) -- The Devil Wears Prada will hit the road this fall, co-headlining "The Rise Up Tour" with Memphis May Fire. Silverstein will Special Guest* and Like Moths to Flames will open all dates. The tour kicks off in Denver on October 11 and will take the bands cross-country, wrapping up in Berkeley, CA on November 4. Tickets go on sale t